The Different Myths Regarding Domestic Violence 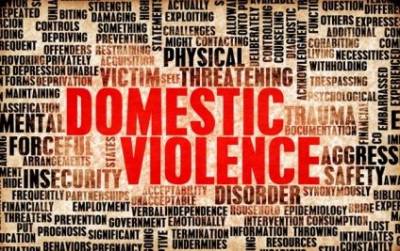 Domestic violence is not limited to the physical violence only. An abuse can be emotional, psychological, verbal, and sexual, and many time escalates. An abuse may initially be subtle and non-threatening but gradually it becomes much severe and threatening. It can hit you self-esteem and isolate you from your family and especially children.

2. Drugs and alcohol cause domestic violence

Drugs and alcohol are two natural catalysts of violent behavior. but they do not cause the violence, they just lower the inhibitions of the people. Many people consume alcohol and drugs but they are not involved in any violent case. Blaming the intoxicating substance is clearing the offender from the suspicion.

In domestic violence cases, drugs and alcohols certainly play an important role but they are not the root cause of the real problem. There are multiple factors which shape the dynamics of domestic violence behavior like emotionally, physically, financially or psychologically abusive behavior. It is very common that an abuser uses the drugs and alcohol as an excuse but in reality, these are two different situations.

Although the incidents of domestic violence have been reduced substantially in the comparison of 1980s as there are less social acceptance of it. Now women are much more financially independent and are much more aware of their individual rights.

There are some violent situations when both the involved parties are held responsible for the physical fight. Many anti-feminist groups argue that domestic violence is a mutual fight between the partners and that women routinely lie about being harassed or abused by their partners to achieve a motive like a child custody, immigration status, and revenge.

5. We cannot do anything to stop domestic violence

Many people think that domestic violence is inevitable because men are naturally aggressive towards women and use force, coercion, verbal abuse, and physical assault to provide their domination. But the research shows that violence against women is the result of learned attitudes and norms, social inequalities and another patriarchal approach of our society.

6. Domestic violence is a private matter

A domestic violence case is not limited to a couple or just a family but it is everyone's business. Sometimes the victim does not open up to their colleagues, neighbors, and relatives regarding the bad treatment that they are getting from their spouses and keep their lips sealed. But the pattern of domestic violence has shown that those children which witnesses a domestic violence at their homes in their young age are more prone to get involved in the criminal activities. It affects all our society and community, so we can never say that the domestic violence is a family matter or private matter.

7. Victims provoke the partner for violence

Another lame excuse is given by the anti-feminist groups is the victim which most of the time is a woman had provoked her partner so much that he had to use force against her. But the point that in any relationship we cannot justify the use of violence as a safeguard or normal.

8. Domestic violence is limited to poor, illiterate, and dependent women

We must understand that domestic violence does not discriminate. Women from every race and class get harassed and it becomes much more tough for them to get out of such situations because their partners are powerful and wealthy enough to suppress their voices. Women who are financially dependent upon their partners are more prone to such abuses and the abusers routinely sabotage their economic independence so that the victim cannot voice her problem. To solve the problems of domestic violence some targeted efforts are required to make sure that women become financially independent and that they can easily come out of an abusive relationship.

9. Domestic violence is limited to the young and new couples

There is not a given reason for a domestic violence that when does it start or what are the root causes of a specific case. Some people believe that a young couple who are not fully aware of each other's behavior are most prone to become a victim of domestic violence but in fact, the majority of domestic violence cases are related to those couples who had been married for a longer period of time.