Posted by Matthew J. Rudy on Monday, 22 May 2017 in Child Custody and Visitation 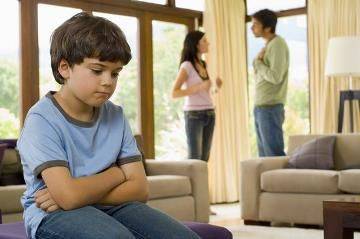 Child custody laws are based on state law. There are a number of different types of custody. What is best in a particular case depends on the state laws, the parents’ agreement and the circumstances.

Physical custody is what most people associate with child custody. This is the person who the child will primarily live with. Physical custody may be determined by a court. In other cases, it may be by default. In some states, if the mother and father are not married, the mother may have physical custody be default. Custody can also be based on an agreement between the parties.

Joint physical custody is the preferred type of child custody arrangement in some states because the court wants to ensure that the child maintains meaningful contact with both parents. Where this is the case, the state will award joint physical custody unless it is shown that this is not in the best interest of the child. The court starts out with the presumption that joint physical custody would be best and then weighs evidence to determine if this should be adjusted for one parent or the other.

This term is used when the child primarily lives with one parent. If sole physical custody is awarded, the other parent is usually entitled to visitation with the child. In this situation, the child lives with the custodial parent and then may have visitation with the noncustodial parent every other weekend and on holidays and summer break. Sole physical custody may be ordered in cases in which there is high conflict between the parents or the parents live far apart and it is best for the child to reside in one location in order to maintain stability and stay in one school.

Some states allow third parties to have visitation with children, including grandparents, extended relatives, stepparents and foster parents. However, some states are more restrictive and require certain circumstances before granting visitation to the third party, such as a separation or divorce between the child’s parents. Some states provide parents with greater control and right to limit interaction with the child and weigh this public policy against what is in the child’s best interests.

Another important type of custody is that of legal custody. Legal custody refers to the right of a parent to make decisions about his or her child’s upbringing, such as what school he or she will attend, what religion he or she will be brought up in or what type of medical treatments he or she will receive.

In order to secure the type of custody that you desire, it is important to contact an experienced lawyer. He or she can explain the specific laws in your state and how custody is determined. A lawyer can work with you to help prove your position and that this is in the child’s best interest. He or she can explain the possibilities of mediating a settlement with the other parent. This option often provides for a customized solution so that both parties get what they want. He or she can also help negotiate a settlement.