Dating During a Divorce would Result in Any Legal Implications? 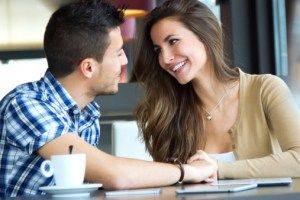 Before considering to date someone while a divorce is still being finalized or has not had the paperwork completed may risk negative consequences. There are often possible legal ramifications to understand that could cause a negative impact on the individual that does date another person when going through a divorce. These issues could affect the divorcing partner and the other dating him or her.

When the documentation has not finalized the legal dissolution of the relationship, the penalties could be observed through the divorce proceedings, custody arrangement to include visitation and there could be a lawsuit that may arise because the spouse is dating another person.

One concern may be through marital misconduct being used against the spouse dating someone else. With no-fault divorce stipulations in effect in each state of the country, it is still possible to raise issues based on certain actions taken by either party. Martial misconduct may involve adultery, cruelty, emotional distress and similar problems. Even though the fact that one spouse is dating and is included as a part of the proceedings, it is possible that this could alter the outcome of the case. Certain judges may disapprove of the behavior of the spouse dating someone other than the individual being divorced, and this could lead to a bias against him or her. While this is not accepted action on behalf of a judge, it may affect the results of the relationship dissolution.

Heightened Conflict During a Divorce

There is enough stress attached to divorce proceedings, but when one spouse is dating another person, this may add to it and cause additional conflict or disagreements. Overall it may affect the emotions of both parties and lead to more arguments and a battle over certain matters that would not have existed if no one was dating anyone extra. This could also lead to thoughts that the individual was having an extramarital affair during the marriage. Infidelity may be raised during the court case or through documentation. When one side is not willing to compromise for certain concerns, the process often takes longer and both parties are put through more distress and time and energy are wasted.

When one spouse is dating someone other than his or her spouse while still in the process of getting a divorce, this may affect what is determined for obtaining custody of the youth. Children often find these situations stressful and difficult. The older the child, the worse these circumstances may affect them. If custody is granted to the parent who is dating, the adolescent may become moody or argumentative due to feeling that the divorce was caused by the mother or father finding someone else. While this is considered when the judge determines who should have primary custody, other factors often are more important. However, discomfort and home life situations could complicate the matters for the parent dating.

Additionally, the other spouse that is not dating may become resistant to peaceful agreements for visitation or custody. This could cause the process to take longer with greater negotiations commencing to appease the angry partner. An unwillingness to participate or compromise could cause more difficulties later when in court. In some instances, this may influence the judge’s deliberation about which parent should be provided primary custody. This could be for the bests interests of the child in the judge’s eyes. When applied to visitation, the amount of time permitted could be reduced or altered to include an observer to ensure the youth is not negatively impacted by a third-party involved in the visiting parent’s time.

Discomfort of the child is largely important, and his or her wishes are often considered when custody is involved. This means if the person the parent is dating causes these issues, there may be something else to contemplate. There could be illegal activity, abuse or more sinister actions occurring. The risk of causing complications in these proceedings is usually too great for many parents. The details of the other party are often researched, and his or her life is on display to ensure the youth is taken care of when in custody of the parent who is dating.

A family lawyer is essential in custody battles and for divorce proceedings. If the spouse is dating anyone, the legal representative must know as much about him or her in order to defend his or her client. Avoiding complications is important during divorce processes.