Legal Requirements must be met to file for a Divorce

Posted by Matthew J. Rudy on Thursday, 19 November 2015 in Divorce 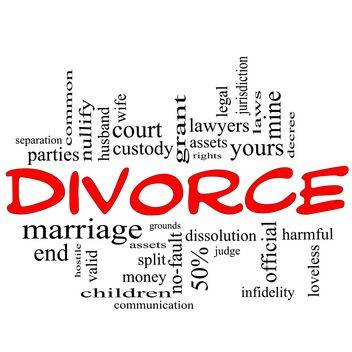 - See this overview of the process for more on what to expect in a divorce:

The necessary steps in obtaining a divorce will depend on the particular situation of the parties getting the divorce. A divorce where the parties have been married for a relatively short period of time, have no children, and little property or debts should be less involved than a divorce where the parties have been married for a long period of time, where there are minor children, or where there is significant property or debt to divide. The divorce process should be simpler in cases where both parties want and agree to the divorce. If one party is blind-sided by receiving divorce papers they might respond by doing whatever they can to prolong the process. Finally, the more the parties can agree on between themselves the smoother and quicker their divorce. If the couple is bogged down in fighting and disagreements over anything and everything, the process will be slower.

The party who files for divorce also needs to file proof of service of process. This is a document that shows that a copy of the divorce petition was given to the other party. Service of process can be either very dignified or very undignified or anywhere in between. If the parties mutually agree on the divorce, it is best for the party who files the complaint to arrange for service of process to the other party's attorney. Having a process server visit one's spouse at his or her place of employment to serve papers falls into the undignified category.

The party who receives service of process will then need to file a response to the petition. If a divorce was sought on fault grounds and the responding party wants to dispute those grounds, he or she will need to address it in the response. The responding party may choose to dispute the facts that are alleged to be the grounds for divorce or he or she may choose to assert a defense to the grounds. If there is disagreement as to property division, support, custody, or any other issue, this should be set out in the response.

A recent change allows you to inexpensively get a divorce without ever going to court.
Negotiation

If the parties don't agree on all the issues, they will need to try to negotiate their differences. The court may schedule settlement conferences that attempt to move the parties toward a final resolution of the issues. If the parties disagree on child custody and visitation, the court may also order mediation, evaluation of the children and parents by a social worker or other court employee and that a lawyer or guardian ad litem be appointed to represent the children. Other issues that may need to be negotiated are the property division and any spousal support.

Any issues the parties absolutely cannot resolve between themselves will have to be decided at a trial. However, going to trial will take longer, cost more money, and have less predictable results so it is probably best to avoid going to trial if possible.

If you are going through a divorce, talk to a divorce attorney to figure out your options. When you and your spouse prefer to deal with the divorce outside of court, resources on collaboration and mediation can guide you through an inexpensive cooperative separation process.