Children Lose When A Divorced Parent Is Forced Out

Posted by Matthew J. Rudy on Thursday, 16 February 2017 in Child Custody and Visitation 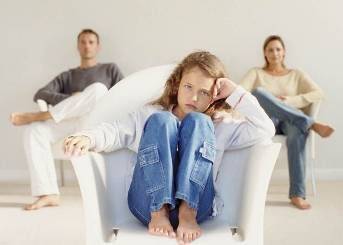 What some divorcing parents would like, more than anything, is for the other parent to vanish. They believe that would solve all their problems. What they don't recognize is that when one parent disappears, the children's problems generally get worse.

A few years ago a case in the Court showed us what a high price children can pay when they lose a parent through divorce.
The case had started 14 years earlier. The divorcing parents had a one-year-old daughter. They were quarreling about how much time dad should spend with her. At some point the mother grew weary of the fight, and she moved to Nevada where she filed a second divorce suit. People could do that back then. It seems the father had also grown weary of the fight, because he ignored the Nevada court papers.

What brought this back to other court 14 years later, was the fact that when the child was in her 15th year, she attempted suicide.

The psychologist who was treating her said the major contributing factor to her suicide attempt was that she had an intense longing to know her father. Everyone has heard of adopted children who move heaven and earth to try to find their birth parents. Children want to know their parents.

The psychologist said that the young girl had always blamed herself for her daddy's absence. She had thought, "Everybody's daddy loves them except my daddy. He doesn't love me. I must be unlovable."

He explained that children who lose a parent almost always think it is their fault.

He said that what it would take to make this child whole and healthy again was to find her father.

The mother was back in the Court to ask the Court to help her find him, because he really had disappeared. The Court has no resources to help locate missing parents. The irony in this case is that the mother is now spending her own money to pay a private investigator to try to find the father.

When a parent's needs are different from a child's needs, we can only hope the child's needs will come first.