The Significance of a Prenuptial Agreement 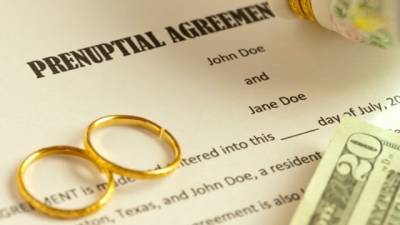 We live in a culture where marriages are not always “till death do us part.” Although most engaged couples imagine that their marriage will be a lifetime of shared bliss and cooperation with finances, the truth is that approximately 20 percent of marriages end within five years and more than 30 percent end within 10 years. This is why it is important to consider all possibilities for the future before you get married
You need to protect the assets you held prior to entering the marriage and assert your right to certain assets you and your spouse procure during the marriage. If you have a child from a previous relationship, it is also critical that you protect his or her right to your assets through a prenuptial agreement. A prenuptial agreement is a lot like a homeowner's insurance policy – although you hope you never have to use it, it can be a lifesaver if you do.

What Can a Prenuptial Agreement Do?
In short, a prenuptial agreement sets rules for the court to follow regarding each party’s interests in the couple's marital assets in the event of a divorce or one partner's death.  Without a prenuptial  agreement in place, the court divides a divorcing couple's assets according to the principle of equitable distribution, which states that each partner may receive a share of the marital property in accordance with his or her contributions to the marriage and his or her financial and personal needs following the divorce.
By setting these rules, a prenuptial agreement can do the following:Ensure that an individual's children from previous relationships receive their share of his or her assets after his or her death;Provide for a former spouse after one's death;Limit a business owner's partner's access to his or her business-related assets following a divorce;Determine which partner may take ownership of specific pieces of shared property after a divorce; andKeep specific heirlooms and other pieces of property within a family.What May be Included in a Prenuptial Agreement?Issues related to finances and shared property may be included in a prenuptial agreement. In addition to the benefits listed above, a prenuptial agreement can also state how a couple may spend their money after marrying. This can include a clause stating whether one partner may be required to pay for the other's education expenses or whether the couple will open shared bank accounts.Some issues cannot be predicted ahead of time and, thus, can not be included in a legally-binding prenuptial agreement. For example, any requirements related to the couple's future children, such as how many children to have and their custody agreement in the event of a divorce, may not be part of a couple's prenuptial agreement. Although it is not permissible in many states, you can waive your right to seek spousal support following a divorce.This act defines how the court may determine a couple's prenuptial agreement to be valid or invalid. For example, a couple's prenuptial agreement can not be legally upheld in the following circumstances:One or both partners were not given reasonable, fair disclosure of the other's financial circumstances and property prior to entering the marriage and did not waive their right to this information;One or both partners were coerced or forced into signing the agreement, rather than entering it consensually; orOne or more of the stipulations included in the agreement are unreasonable, illegal, or unenforceable. In a case like this, the court may decide to enforce all valid points of the couple's prenuptial agreement while dismissing the invalid points.If you have reason to believe that your prenuptial agreement is not valid, talk to your attorney about the laws that govern these documents to determine whether yours is legally enforceable.