How to Stay One Step Ahead in a Divorce 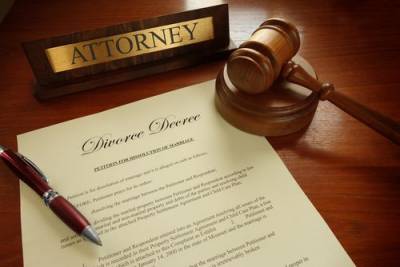 When a person receives an order in a divorce case, this order is backed up by the power of the court. If a spouse refuses to comply with the instructions included in the court order, there are usually ways to compel the spouse to follow the judge’s instructions.

A spouse may need to enforce a court order if the other spouse is not complying with a material provision of the decree. For example, the other spouse may not be paying spousal support or child support. He or she may not be complying with the visitation schedule or parenting plan, such as by refusing visitation or failing to return the child according to the schedule.

Motion for ContemptIn most jurisdictions, the central mechanism to hold a party responsible for not complying with a court order is to file a motion for contempt. Contempt is usually defined as willfully disobeying the order of the court when the violating spouse has the capacity to comply with the court’s order. In some jurisdictions, this is called a motion to enforce.This is a legal extension from an existing case and usually requires the motion to be filed with the same docket number as the divorce. The same judge who made the decree is often assigned the case. With the motion, the attorney may attach evidence, such as the original divorce decree and documentation that shows the violations of the court order. This is a written request that states the portion of the decree that is not being followed and for the remedy requested, such as payment for court costs and remedies related to the violation. The moving spouse must usually attach an affidavit to the petition. Process that Is Followed Once the motion for contempt is properly filed, the court clerk will usually schedule a date for a hearing on the matter. The other spouse must be properly served with the motion and the notice regarding the date and time of the court hearing. Proper service is based on state civil rules of procedure. The spouses then attend the hearing in which the moving party attempts to show that the other spouse has violated the court order by presenting witnesses and evidence to establish such. At the end of the hearing, the judge will decide whether or not to hold the other spouse in contempt of court.The judge will issue an order related to his or her findings. This is often prepared by one of the attorneys representing the parties. The order may lay out consequences that will be enforced if the spouse continues to violate the court order.Consequences of Being Found in ContemptIf the spouse is found guilty of contempt, the judge can punish him or her for not following the decree’s directions. For the first offense, the judge may let the noncompliant spouse off with a warning. However, the judge usually has the discretion to order sanctions against the noncompliant spouse, such as being required to pay for the moving party’s court costs or attorney’s fees. The judge may also be able to order the noncompliant spouse to be subject to a new parenting plan or to provide additional time with the children that the moving spouse lost due to the noncompliance. The spouse may be ordered to serve time in jail in some cases. If the case involves money, the judge may order a lien against the noncompliant spouse’s property or the interception of business funds or a tax refund..