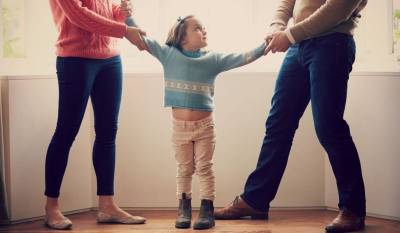 In some, sad divorce cases, when parents continue to quarrel, long after the divorce papers have been signed, the Court is required to appoint a lawyer for the children. That lawyer is called a Guardian ad Litem. That lawyer conducts a thorough investigation and reports to the Court.

In a recent case the Guardian filed a report which seemed to touch the parents when all other efforts had failed. The report should be shared, and I share it, in part, with you:

"In the American culture, parenting is accomplished within a nuclear family, the parents and the children. ...

"The ultimate goal of parenting is the production of an independent, confident adult, able to contribute to his community and, in his turn, to parent.

"Successful parenting is not accomplished without trials and mistakes. Yet this reality of trial and mistakes does not diminish the child's need for consistency, predictability and stability in his life.

"When the parents have opted for divorce acknowledging that their relationship is no longer advantageous or tolerable to them as individuals, they maintain their relationship of parent to child, and their responsibilities and import to the child as role models remain.

"I have spoken to both parents and many others involved in this case.

"Without question, each of these parents has positive attributes as individuals, and each is capable of enriching their child's life. Mother is gregarious, educated, warm and nuturing. She has a lovely relationship with the child. Father is educated, calm, worldly and has a rich cultural background.

"One would expect their volitional contributions to this child's well-being to be as abundant as their personal and economic resources would suggest. Such is NOT the case.

"This child is beautiful, outgoing, intelligent and talented.

The Guardian went on to place the responsibility for her young client's troubles squarely on both parents' shoulders. She told them their on-going conflict, their utter disrespect for one another was the cause of their child's failures and pain.

It seemed to sink-in. I hope so. It is a profound description of parental duty and the consequences when that duty is not met.