Matthew J. Rudy is the founding attorney of The Law Office of Matthew J. Rudy. A San Jose native, Matthew has been providing family law solutions throughout Santa Clara County and the greater Bay Area since his graduation from the Santa Clara University School of Law in 2007.

What Is the Time Limitation for Taking a Child Out of the Country?

Posted by Matthew J. Rudy on Thursday, 22 October 2015 in Child Custody and Visitation 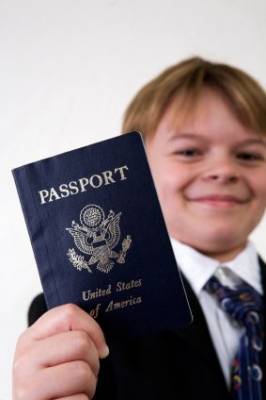 Family law cases can often be emotionally straining. Sometimes, one parent is given primary custody at the objection of the other parent. The non-custodial parent may attempt to become the primary custodian by removing the child from the state or country, making it more difficult for the other parent to find him or her and to enforce the order. 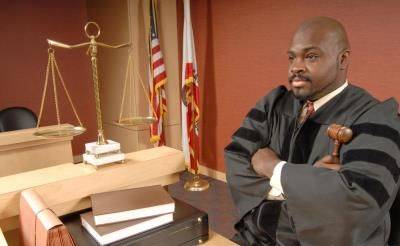 I'm sure we can all agree that people do foolish things. One of the most foolish is to disobey a court order, particularly in a domestic relations court where matters of custody and family support are concerned. And compounding the foolishness are the attempts of attorneys who try to rationalize their clients' disobedience.

"Being a Good Providers" Can Be Rotten At Marriage 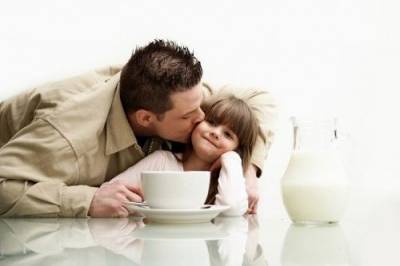 The belief seems to be that by providing money one will have met his responsibilities and deserve to be acclaimed an accomplished parent and spouse. But that's not how it works. 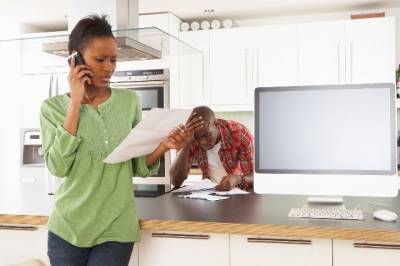 Divorce in itself is difficult to navigate, but after all is said and done, there are still some things to be considered regarding finances.
It is easy to think that if you do not have many assets to divide it is not necessary to have to rebuild and reconfigure financial vehicles. Estate planning that includes wills, living wills, life insurance, healthcare, and retirement accounts apply to people of all levels of financial standing. Specific financial issues such as mortgages, credit card debt, and car notes could still be a problem unless they are handled by a competent divorce lawyer. 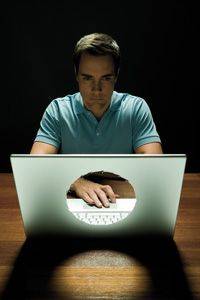 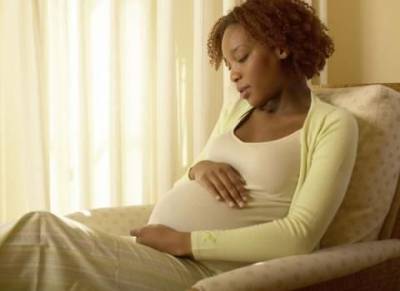 Pregnancy can be a time of great joy for couples, but it can also be a time of tremendous stress. What happens if a couple gets a divorce (or is in the process of divorcing) while the wife is pregnant? There are many unique legal issues raised under these precarious circumstances.

Warning - Abuse in Marriage & Divorce. As Goes the Marriage, so Goes the Divorce Featured 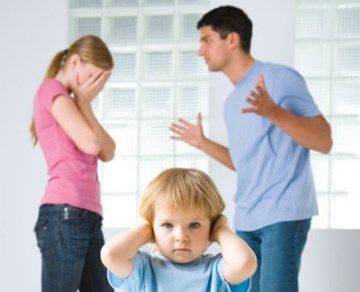 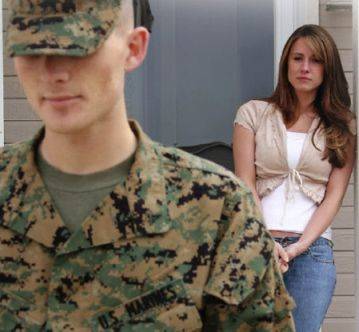 The military's divorce rate dropped again last year reaching its lowest point since 2005, according to statistics released today by the Defense Department.
The divorce rate among both officer and enlisted men and women over 2014 was 3.1 percent, Pentagon officials said, only slightly higher than the 2005 rate of 3 percent. The newly released statistics show how the rate has steadily declined since 2011, when it reached a high water mark of 3.7 percent. The rate in 2001, at the start of the wars in Iraq and Afghanistan, was 2.6 percent.
"The health and well-being of service members and their families is a priority," said Lt. Cmdr. Nate Christensen, a Pentagon spokesman. "Strong relationships are important to our readiness."
The declining rate is largely due to a major drop in the divorce rate among married female troops. The divorce rate among male service members dropped only .3 percent over last year and only .5 percent since 2011.
But the rate among females has seen a major, steady decline over that period. Since 2011 the female divorce rate has moved steadily downward from 8 percent among both officer and enlisted to 6.5 percent last year.

Divorce and Taxes - some facts must know about taxes Featured 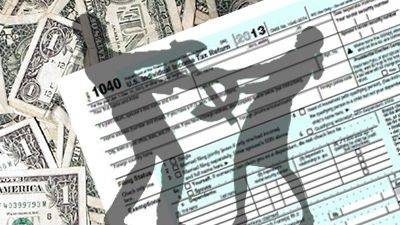 Getting divorced? You have a lot going on. In fact, when you divorce, nearly every vertical of your life changes — including your taxes. 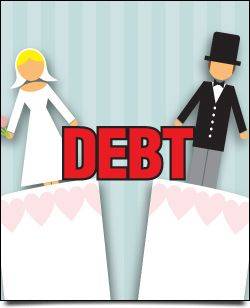 Posted by Matthew J. Rudy on Friday, 12 December 2014 in Divorce 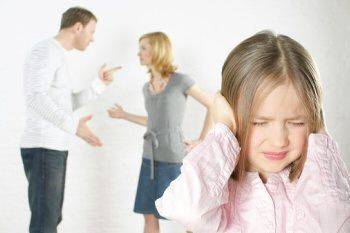 The Child Custody and Visitation Process in California. Divorcing parents in California control their own future when deciding child custody arrangements. That is if they are amicable and can come to an agreement.

The most important issue to divorcing parents is their children. Among the questions divorcing parents must answer regarding their children are who the children will stay with, who will make decisions concerning life and the everyday, and how will those decisions be reached. Fortunately for parents in California the answers to those questions can be in their own hands. 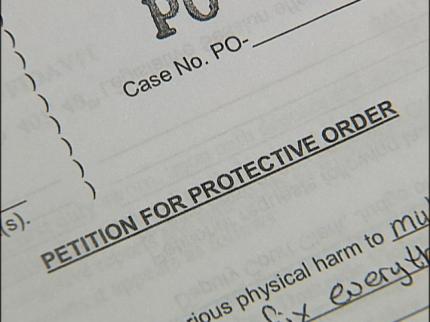 Trials can be complicated. Thanks to “Friends” Featured

Posted by Matthew J. Rudy on Wednesday, 01 October 2014 in Divorce 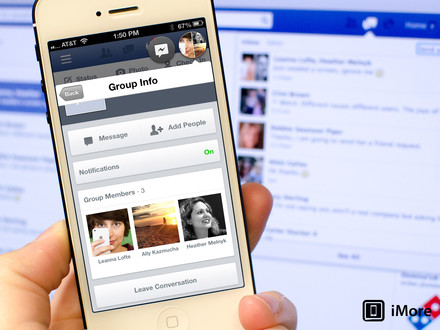 Most attorneys—and many clients—have heard the old saying “A good lawyer knows the law; a great lawyer knows the judge.” But in this digital age, in which over 72% of all adult Americans have at least one social networking profile and sites like Facebook boast more than 1.12 billion users worldwide, what are the consequences when a lawyer or even a party happens to be Facebook “friends” with a judge?

When does child support end? Featured 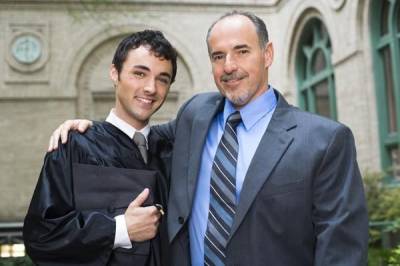 when prenuptial agreements being thrown out by the judges Featured 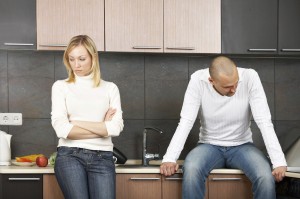 Many times people enter into agreements before marriage that outline how property will be divided and what alimony arrangements will take place at the time of a potential divorce. These "antenuptial" or "prenuptial" agreements are often attacked when the couple eventually files suit to dissolve their marriage.

Even when her husband packed his bags and stomped out of the house, vowing to marry the woman he was having an affair with, she stood her ground.

For five years, she clung to the vows they had made nearly 20 years and two daughters before in the Madison Avenue Baptist Church in downtown Manhattan as her grandfather officiated.

Becoming a witness of domestic violence and growing up in a volatile and disturbing family environment can have a dreadful impact on the psychological development of a child. Hence, the issue of child custody in situations that involve domestic violence is one of great important. 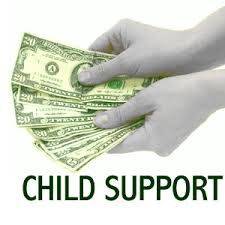 Federal law requires all child support payments be made by wage assignment and health insurance by Health Insurance Orders. Child support collection statistics reflect that only 20% of noncustodial parents pay their court ordered child support monthly, As a result, numerous additional enforcement laws have been implemented in order to force compliance.

The Top 20 Most Expensive Divorces of All Time Featured

Posted by Matthew J. Rudy on Wednesday, 20 November 2013 in Divorce

Divorce can be a trying, frustrating and expensive process for anyone. Just how expensive a divorce is may depend on the assets being divided. Here are the 20 largest divorce settlements:

How to Handle Halloween Visitation Featured

Posted by Matthew J. Rudy on Thursday, 31 October 2013 in Divorce

The month of October marks the unofficial beginning of the holiday season. Halloween is the first of these holidays and is one that might easily be overlooked in a custody or visitation schedule because of its relative importance in contrast to Thanksgiving or Christmas. Many parents and children, however, view Halloween as an important holiday. If you are a newly divorced parent, the next 120 days are going to test your patience and communication skills with your ex-spouse. Halloween is an opportunity for a parent who is recently divorced or going through the divorce process to work to improve his or her relationship with both the other parent and their children.