Posted by Matthew J. Rudy on Tuesday, 19 December 2017 in Child Custody and Visitation 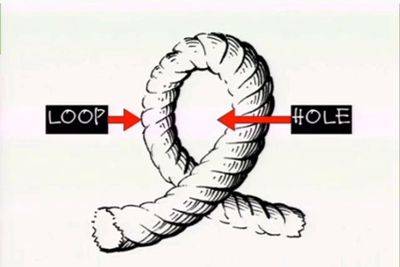 The law is the law, and there is no getting around that. Right? Well, not technically. In the law, several loopholes exist that really don’t make any sense. These are due to the way the laws are written, poorly thought out laws, and using almost inapplicable laws to justify actions.

In other words, your lawyer may be able to find a way out of certain problems in certain states by manipulating certain laws. Here are seven of the most outrageous loopholes that you can find throughout the country.

The legal drinking age around the country is 21, but in Wisconsin, you can get around that fact and give your kids a stiff drink. The law says that a parent can give a child an alcoholic drink in a bar, restaurant, or in the home. First, the parent has to have proper ID. Then, they have to be the one to order the drink and get served the drink. After that, the parent can give the drink to their child, and they can get nice and drunk. However, the law doesn’t apply when the tyke turns 18 because the parent is no longer their legal guardian.

If you’ve missed a few payments on your car loan, you may live in fear of the repo man. Having a car repossessed is terrible for your credit, expensive to retrieve your car, and embarrassing. There is a loophole for this, though. The repo man usually has an address where the car is expected to be found. But what if the car isn’t at that address? Maybe the car is parked in the neighbor’s driveway. In this case, they won’t be able to take the car because it may very well belong to someone else. If you suspect a possible repossession, park your car at your neighbor’s house. It seems like this loophole may be questionable, though. License plate numbers can let the repo man know which car is which, and reality TV has shown us that repos can be done anywhere. Only use this loophole if you are desperate because it may not work.

The Downside to Liability Waivers

Many companies have you sign liability waivers before taking on some dangerous activity. For instance, if you choose to bungee jump, you will have to sign a waiver saying that you won’t sue them in the case of severe injury. Unfortunately, these waivers are not ironclad. You can still sue if you have been harmed and signed a waiver. You may not win, but you can sue. Some of those waivers have loopholes in them or are not written correctly by legal standards. Although waivers are common, they are not the catch-all solution to liability.

Murder is Legal in Colorado . . . sort of

When you are in prison for murder, your life is pretty much over. There is nowhere to go and no way to get out of it. Like all places where people gather, though, a culture eventually springs up even in this terrible place. Grudges, cliques, and fights are common among these violent offenders. Murders don’t have any problem murdering again, and getting stabbed to death isn’t that unusual. A few more years are added to the sentence of the offender. Not a big deal, really, but there is a way around it. In Colorado, you are allowed to defend your dwelling from intruders. Technically, a jail cell is your dwelling, and technically, the inmate could be trespassing. Therefore, killing him is within the rights of the dwelling owner.

Give Away Your Adopted Children

Adoption can be a difficult transition for both parents and children. Some children are troubled, and some parents aren’t really ready for that type of responsibility. When the parent is unable to take care of the child, it is possible to “sign over” the child to a family member or friend to help them through the crisis. However, people have taken this one step further and have started signing over troubled children to people over the internet. Adoption agencies and adopting countries usually don’t have the ability to check up on all adopted children. Unfortunately, this form of “child trafficking” happens frequently, often to the detriment of the child.

Two states have rather ambiguous laws regarding nudity. Although public nudity in North Carolina is illegal, it is not illegal to stand on your private property while nude. For instance, if you are standing in your doorway in the buff, no one can arrest you because you are entitled to do whatever you want on your turf. In Kansas, the law gets even more convoluted. You can walk down the street naked, provided you are not doing anything sexual. Obvious arousal or any sexual behavior will get you arrested. Just walking around with no clothes? No problem.

The Best Religion Ever

Who wouldn’t want to join the Church of Cannabis? In Indiana, bakers do not have to make cakes for same-sex couples due to their religious convictions against it. Some clever people have decided to found a church in which weed is their savior. They are attempting to get exemption status for their church so that cannabis can be used in religious settings. Since the laws in Indiana are religiously based, the idea of using the legal loophole of church-sanctioned cannabis not only makes sense but just may hold water.